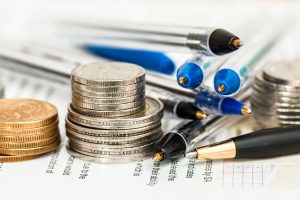 We have taken a look at forgiveness of indebtedness issues related the Payroll Protection Program (PPP) loans that may be forgiven in whole or in part for some of our clients who are modeling the impact of a PPP loan.  I thought I’d share it with everyone as any potential any PPP recipient would need to know this up front.  All of this is current as of today but could change in this fast moving environment.

Under IRC §61(a)(11), the reduction or cancellation of indebtedness generally results in cancellation of debt (COD) income to the debtor.  An “identifiable event” determines when a debt has been reduced or canceled. An identifiable event includes a creditor accepting less than full payment as a complete discharge of a debt, the acquisition by a debtor of the debtor’s own debt, and events or circumstances that remove the likelihood that a debt will be paid.  A forgiven PPP loan would seem to fit here.

Under the CARES Act, an eligible recipient is eligible for forgiveness of indebtedness on a covered PPP loan in an amount equal to the sum of costs incurred and payments made during the covered period for payroll costs, interest payments on a covered mortgage obligation, and any covered rent obligation, covered utility payments.  See Act §1106(b).

Under the CARES Act, the amount which, but for this subsection, would be includible in gross income of the eligible recipient by reason of forgiveness described in subsection ACT §1106(b) is excluded from gross income.  See Act §1106(i) which specifically addresses this.

The Act does not specifically modify IRC §108 regarding COD income. It appears that exclusions for COD income under IRC §108 should be applied first with a resulting reduction in tax attributes if applicable.  CARES Act §1106(i) then excludes any remaining amount of COD income realized as a result of PPP loan forgiveness.

As noted above, CARES Act §1106 provides that any forgiveness of a PPP loan under the Act is excluded from the recipient’s federal gross income. However, also as noted above, the Act does not specifically modify IRC §108 related to COD income. Rather, it provides “For purposes of the Internal Revenue Code of 1986, any amount which, but for this subsection, would be includible in gross income of the eligible recipient by reason of forgiveness described in subsection (b) shall be excluded from gross income” See Act §1106(i).

Most states conform to federal treatment of cancelation of indebtedness income under IRC §108 with some limited exceptions.  It is very unclear how PPP loan forgiveness will be treated at the state level if it is not effectuated via IRC §108 which is the clearest technical path to COD income.  Most states begin the calculation of state taxable income with federal gross, adjusted gross, or taxable income, but the specific method for performing this calculation, as outlined in the applicable state statutes, may result in different treatment in different states, absent further guidance.

Please do stay tuned here especially at the state level.

Please let us know how we can help you plan for your tax planning and compliance needs.  Learn more about our business tax practice or our firm by contacting us at FJVTAX.com.