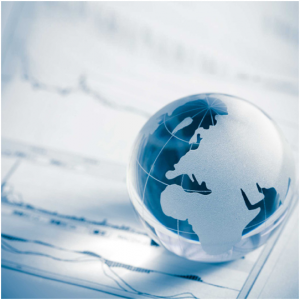 Much has certainly been written about the recently proposed regulations on IRC §951A known more famously as the Global Intangible Low-Taxed Income (“GILTI”) regime.  What has not been widely publicized are the basis adjustment rules for consolidated groups.  This may not be the most easily understood topic but it may be one of the most important topics to groups that are active or expect to be active in the merger & acquisition arena.  The GILTI basis adjustment rules are a new area of complexity and risk.

The GILTI basis adjustment rules are rather simple to understand but are very complex in practice.  They require basis adjustments for consolidated group members and Controlled Foreign Corporations (“CFC”) that contribute tested losses to the group.  They are intended to prevent the “double dipping” of tax benefits where a member’s GILTI tested loss is used to reduce a current year consolidated group GILTI income inclusion and then again when the contributing member’s outside tax basis remains high when that group member is sold.  The rule’s required downward basis adjustment which corresponds with the member’s GILTI tested loss ensures the benefit is only taken once.

That all seems simple enough in theory but practice is another matter.  Maintaining regular individual member and CFC federal tax basis calculations is sufficiently difficult and cumbersome that most consolidated groups fail to do it at all.  The price for this is that there is usually a very time crunched calculation performed to model or calculate gain or loss when a group member becomes involved in a proposed transaction.  When you take into account that many states have not decided whether to join GILTI or not, you are left with calculating three separate basis calculations for each group member – US federal tax, state tax, and US GAAP/IFRS – all potentially reflecting differences due to GILTI basis adjustments.

The rules apply to any domestic corporation – not including any Regulated Investment Company (“RIC”) or Real Estate Investment Trust (“REIT”) – that is a US shareholder of a CFC that has what the Regulations call a “net used tested loss amount”.  The US group must reduce the adjusted outside tax basis of the member’s stock immediately before any disposition by the member’s “net used tested loss amount” with respect to the CFC that is attributable to such member’s stock.  Please be further aware that if this basis reduction exceeds the adjusted outside tax basis in the stock immediately prior to the disposition then this excess is treated as gain from the sale of the stock and recognized in the year of the disposition.

The term “net used tested loss amount” is the excess of:

The amount of the used tested loss amount and the offset tested income amount vary depending on whether the member has net CFC tested income for the US group inclusion year.

For a very basic example, let’s take a US group member with two CFCs.  In year one, CFC1 has a $100 tested loss that offsets $100 of tested income from CFC2.  In year two, CFC1 has $20 of tested income that is offset by a $20 tested loss from CFC2.  The rules tell us that the $100 used tested loss attributable to the CFC1 stock from year one is reduced by the $20 of CFC1’s tested income from year two that was used to offset CFC2’s tested loss.  The result is a net used tested loss amount of $80 to CFC1 at the end of year two.  If we changed the facts a bit and assumed that CFC1 and CFC2 were held by separate US consolidated tax group members you can see the true complexity emerge regarding outside tax basis determinations at both the CFC and consolidated group member levels.

There is no need to detail any and all adjustments here because the regime is simply too complex to easily summarize.  The point is that the outside basis calculation for CFCs and consolidated group members before GILTI has just become much more difficult and complex.  Consolidated tax group contemplating current or future transaction activity are well advised to maintain these basis adjustments annually lest they be forced to perform these very difficult – yet meaningful – calculations in the crunch time of a transaction.